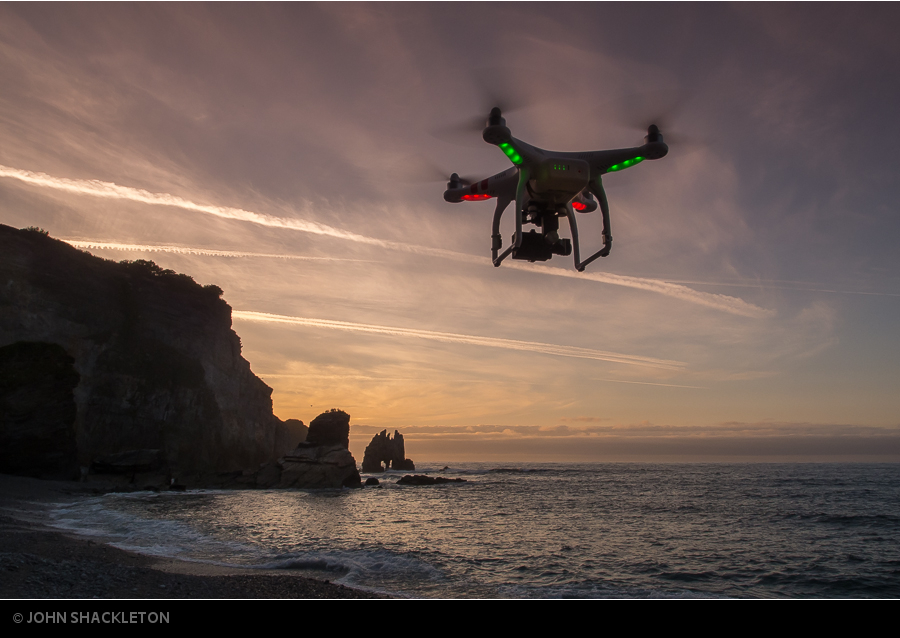 The DJI Phantom 2 Quadcopter with Zenmuse H3-3D 3 Axis Gimbal. It sounds mighty impressive doesn’t it? Well, it does to me. In the 10 days leading up to our departure from southern England the phrase ‘dji phantom 2’ was typed into Google many, many times.

Having seen some footage online (click here), we thought how can we not get one? and convinced ourselves it will add the ‘wow factor’ to our work …. umm. It was officially released on a Friday in April. We were due to leave on the following Tuesday morning. I had turned into one of ‘those people’, cutting it fine and running around in a mad panic trying to organise things at the last minute. Plus there was all the other accessories and ‘essential’ carry case to find.

We only had the chance for one test flight before ‘the drone’ was safely packed away in the van for our journey. It’s probably the most exciting piece of equipment I’ve purchased. It’s also the most frightening. I’ve never used anything remote controlled before, let alone a flying machine for the beloved GoPro camera. There have been many screams from Be in my direction, usually beginning with ‘Too”. “Too fast, too high, too near those rocks, too far out to sea”. And finishing with “come on, that’s enough, bringing down to land before you break it”.

We will publish some test footage and a full review in the next few weeks…. I hope it survives that long – I’ve had nightmares involving spectacular crashes and broken hearts. 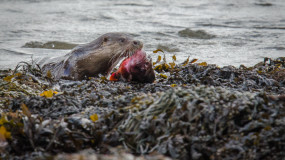 Photo of the Day - Otter, Beauly Firth, Inverness-shire. Strong winds hampered our day but we still managed great views of an otter... though he made us work hard.  The wind created continuous wave … END_OF_DOCUMENT_TOKEN_TO_BE_REPLACED